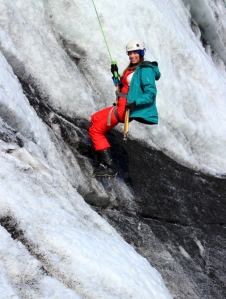 I am not an athletic person and extremely scared of heights, so when my friends decided that they wanted to go ice climbing during our trip to Iceland, I was (to say the least) extremely hesitant! We found a tour through Arctic Adventures that was a slightly daunting combination of ice glacier hiking and ice climbing. It looked really fun, so I figured that I would suck it up, be daring and try something new.First was the glacier hike. Little did I know how hard it was going to be! It was an odd experience trying to walk in the special hiking shoes with giant spikes sticking out of the front of them.. Read More 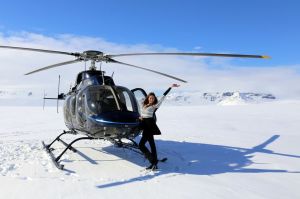 Overcoming my fear of heights via helicopter

My favorite part of our Iceland trip was going on a helicopter tour with Helo Iceland. It was an amazing experience! I am extremely afraid of heights so for me it was a fear that I had to overcome. At first when my friends approached me on the idea I wasn’t too thrilled. I have always had this fear, I can’t even… Read More 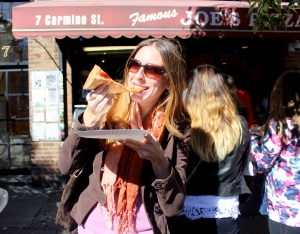 The only other thing I love as much as traveling is eating! So as soon as I heard about the Foods of New York Tours, I just had to go on the tour. It doesn’t matter if you are a local like me or a tourist, as long as you like food, this is the tour for you. Not only do you get to try different food at some of the highest rated establishments in New York.. Read More 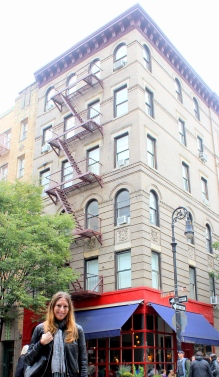 Ever been curious to see the places where your favorite movies and television shows have been filmed? I certainty was! So I decided to go on a TV & Movie Sites Tour around Manhattan with On Location Tours. The tour was so much fun! Not only did I get to see famous locations, but I learned a lot of interesting facts about them as well. For example did you know that Times Square was completely shut down, so Tom Cruise could film a scene in “Vanilla Sky” where it appears to be deserted? That was the first and only time that has ever happened.It caused so much chaos.. Read More

“You have to get lost before you can find yourself.” - John Green #passportready #travelislife #explore #newlife #wanderlust